Chapel of Rest It Was Not…

I spent last week in Edinburgh making a DVD with Mark Oxbrow and Ian Robertson about Rosslyn Chapel. Ian and Mark wrote the incredible Rosslyn and the Grail which was released to unanimous praise this year.

My partner-in-crime Simon Cox came too and it was the usual mix of high adventure and sleep deprivation. We had a couple of early mornings alone in the Chapel thanks to the courtesy of the Rosslyn Chapel Trust which is always a treat.

Rosslyn has received loads of attention lately because of its appearance in the film The Da Vinci Code. Maybe the Chapel – alongside some other locations featured – are the true stars of the film now that Tom Hanks & Co. have received a drubbing in the press. Saying that, I enjoyed the film and while not a piece of art, it is certainly thought provoking and entertaining.

The DVD we’re working on is an expose on Rosslyn and, like the book, Rosslyn and the Grail, dispels quite a few myths but brings to light many more. I’ll reveal more as the project progresses.

In the meantime, here are a few images from the shoot. 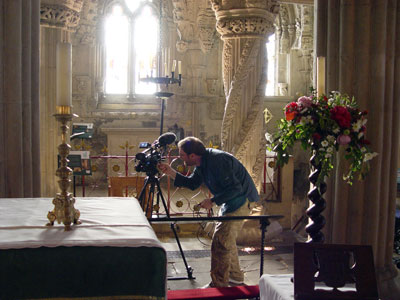 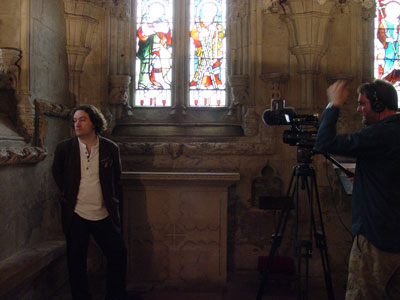 Mark Oxbrow telling the story of the Chapel. 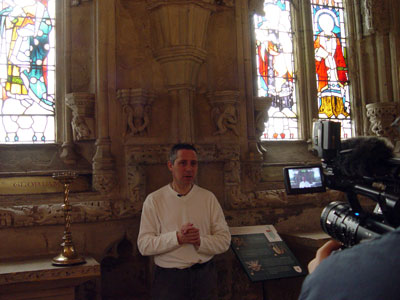 Ian Robertson describing the hidden secrets of the Chapel.