I’ve been doing a lot of research recently for the book I am writing with Simon Cox, An A to Z of Atlantis. What’s great about this book is that it enables me to use some of the fascinating stories and oddities that I have collected over the years.

One of my favourite candidates for the lost island of Atlantis is the archipelago known as the Canary Islands. Politically they are a part of Europe, and physically they are a part of Africa – hugging the west coast – however, their topography is like nowhere else on the planet and the islands are home to many unique species of flora and fauna. I’ve travelled to them several times, but the most memorable trip was a recent visit to one of the most western islands, La Palma. 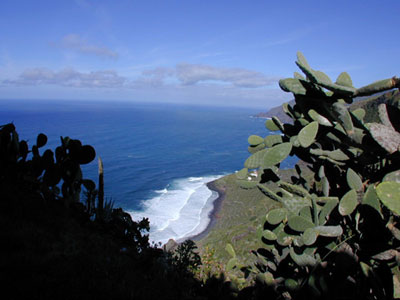 The island is like a precious green jewel floating in the deep azure of the Atlantic. It contains pre-historic laurel forests that once covered the whole of Europe but that today can now only be found in the Canary Islands and on Madeira. These forests are said to be millions of years old.

La Palma is not as well known as some of the other Canary Islands, such as Tenerife and Lanzarote, and in fact, because of the steep terrain, La Palma is home to just 85,000 people. This population has as their neighbour one of the most unstable chain of volcanos in the world. It is said that if La Palma were to self-destruct in a large volcanic eruption, then half of the island could slip into the sea, causing what is termed a mega-tsunami that could put at risk much of the eastern seaboard of the United States.

If Atlantis did self-destruct and disappear beneath the waves, then the Canary Islands are certainly a likely candidate for its remains. Although the mechanism for a whole continent suddenly sinking goes against what we currently believe to be possible, the sheer unpredictability of the region makes you realise that Atlantis may just have been nearby once, or possibly even formed a part of the archipelago itself.

The Canary Islands were once home to a race of people known as the Guanches. The question of the origin of these people has still not been answered satisfactorily, but if there’s any doubt over their beginnings, there is none concerning their demise. Left to the own devices, probably for many thousands of years, the Spanish landed on the islands sometime in the 15th Century and over the next one hundred years the Guanches were wiped out.

What is intriguing about the Guanches is the fact that they told other visitors, notably the Portuguese, that they’d once been part of a much greater homeland that had been destroyed in a huge deluge. Their legends reportedly centred around a story that the survivors of that great destruction had saved themselves by clinging to the heights of Tenerife’s huge volcano, Mount Teide, the highest peak in Spain.

Stranded on the Canary Islands the Guanches kept their myths alive but slowly turned their back on the seas. By the time the Spanish arrived it was reported that the Guanches were terrified of the ocean that surrounded them. Could this be a direct result of the great fear that the survivors must have experienced if they had been washed up in the wake of the deluge that destroyed Atlantis? Surely people would turn their backs on the sea after such an event?

On La Palma I managed to glimpse some of the scant signs that the Guanches had once lived there. They left few footprints on the island, but there are clues here and there and more are being found all the time. Some of the most haunting are the caves where they once lived and the cliffs below these caves are inscribed with their megalithic-style carvings and symbols. 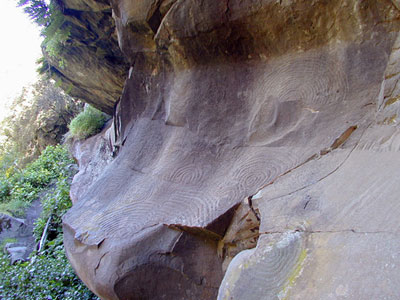 The Guanches also have similarities with the Egyptians and they were known for mummifying their dead. Recently pyramids have also been found on the islands.

So, who were these unique people? Are they really survivors from Atlantis and what tales could they have told us today if they were still around? 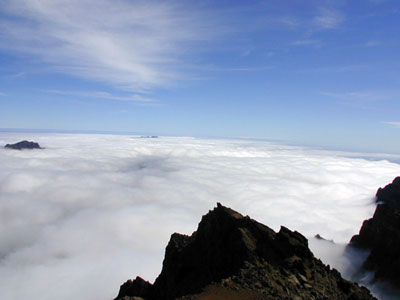