Earlier this year I accompanied Simon Cox to Egypt where we were doing some research for an upcoming book project. While there we visited once again the Layer Pyramid at Zawiyet el-Aryan, south of the Giza pyramids.

This hard to find pyramid is way off the beaten track and usually deserted. It doesn’t help that the name Zawiyet el-Aryan has reportedly not been used for many years, so asking for this small village only produces puzzled looks.

Today this pyramid is a mystery, and we know hardly anything at all about it. Dated to the 3rd Dynasty and given a tentative construction date of 2,600 BC it is only attributed to this era because of its method of construction, marking it as a possible 3rd Dynasty monument. Some have suggested that it was made by a pharaoh called Khaba, but only because vases bearing his name have been found in a nearby tomb. That is literally all we have to tie him to the site.

All of this is, of course, is just conjecture, the best guess of academics, and the truth is, nothing is known about the Layer Pyramid for certain.

For example, it is said that this pyramid was never completed because no casing stones have ever been found, but it could be that these were simply removed in antiquity, as with other pyramids, including the Great Pyramid at Giza. A complex set of magazines and galleries exists beneath the pyramid, and while they don’t prove by themselves that the pyramid was ever completed, they do indicate that construction had progressed to quite an advanced stage at the site.

So, who did build the Layer Pyramid and when? 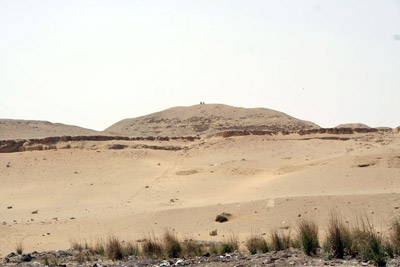 The view of the Layer Pyramid from the nearby village 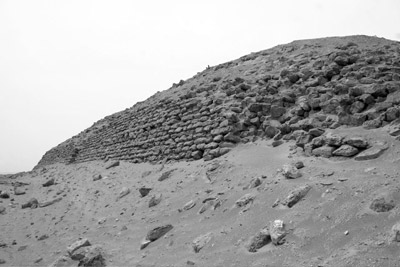 The exposed, interior layers are all that remain today 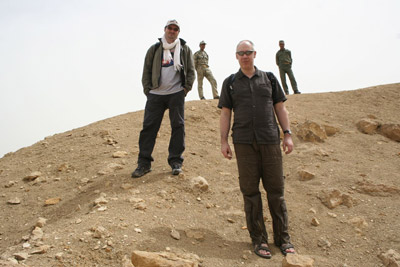 On top of the pyramid, with Simon Cox (far left) 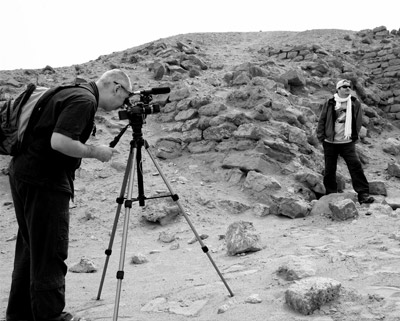 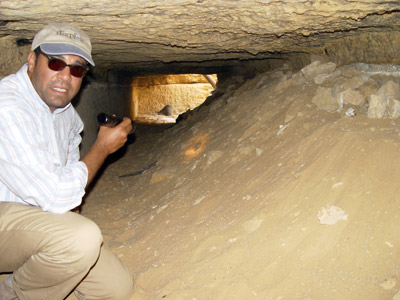 Inside the underground passages with Ahmed Abo el Ela 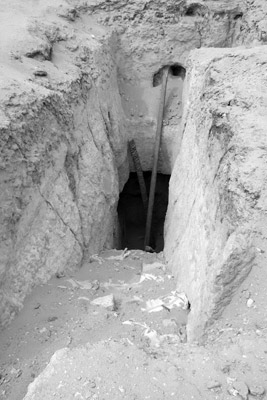 The false entrance that leads to a dead-end